Most historians writing about Jerusalem in the first half of the twentieth century focus on the city’s multifaceted political and military legacy at the expense of everyday people and their quotidian affairs. Thus Days of Ticho: Empire, Mandate, Medicine and Art in the Holy Land, examining the period 1912-1960 through the lens of pioneering ophthalmologist Dr. Avraham (Albert) Ticho and his wife artist Anna, comes as a most welcome addition to the historiography of the Holy City in modern times. Written by Grand Rapids, Michigan eye doctor David Reifler, the book’s areas of interest include diverse subjects like Jewish life in Moravia in the last decades of the Austro-Hungarian Empire, the Austrian Army stationed in Palestine during World War I, and the Holocaust in Czechoslovakia.

Reifler strikes the right balance between everyday life and ophthalmologic issues to convey the reality of Jerusalem as a backward corner of the decaying Ottoman Empire, and then the growing disappointment of many with British rule even as the city burgeoned.

Reifler introduces the Hebrew expression “from the days of Ticho "מימי טיכו which is identified with British rule from 1917 to 1948 but more broadly means something that is old-fashioned or out-of-date. Indeed Dr. Ticho’s selfless devotion to his patients irrespective of their ethnicity or religion, and his disinterest in politics other than a vague support for a binational state all seem hopelessly out of sync with modern Israel.

Surprisingly very little has been written about Dr. Ticho, who does not yet merit a Wikipedia entry in Hebrew or English.

Albert Ticho was born in 1883 in the obscure town of Boskovice, Moravia, known in German as Boskowitz,a century after Emperor Joseph II’s Toleranzpatent emancipated his Jewish subjects and began their forced acculturation and assimilation. By the late 19th century, German rivalled Czech as the dominant language in Boskowitz, especially for its upwardly-mobile petit-bourgeoisie Jews.

Moving up from a generation of storekeepers, artisans and rabbis, the Jews of Boskowitz migrated into a German-speaking orbit which included nearby Brünn (today Brno), the imperial capital Vienna to the south, and Prague to the west. Given that Boskowitz didn’t even have a train station, one understands the appeal of wider horizons.

Enroling at the University of Vienna’s well-regarded medical school in 1902, Albert Ticho lodged in Leopoldstadt near the Danube Canal, an area of the glittering Habsburg capital that was sometimes called Mazzesinsel (Matzah Island) because Jews constituted one third of the district’s population. At university, he witnessed the Judenhetze(Jew-baiting) and calls in the lecture halls of Juden heraus! (Jews get out). After several semesters at Charles University in Prague, he graduated in 1908 and began working in Vienna.

There he was joined by his cousin Anna Ticho ten years his junior, a precocious art student who dreamed of being accepted at the illustrious Akademie der bildenden Künst Wien. Other prospective artists who applied to Vienna’s Academy of Fine Arts in 1908 included Egon Schiele, Oskar Kokoschka and the painter manqué Adolf Hitler.

Fin-de-siecle Vienna was a crucible for new artistic expression until the Nazis purged much of that cultural flowering as "degenerate art". Anti-Semitism too was rampant: after graduating, one professor offered Dr. Ticho a position on the condition that he convert to Christianity.

In this context of anti-Jewish discrimination, in 1912 Dr. Ticho answered an ad for an ophthalmologist position in Jerusalem placed in a Zionist periodical by the Palästinensischer Hilfsverein (the Jewish benevolent society of Frankfurt am Main). Accepted as director of the society’s new Lemaan Zion Eye Hospital, Albert Ticho proposed to his first cousin Anna before setting out for Jerusalem. He would be joined shortly by his bride and mother-in-law Bertha Ticho. The couple married that fall at a ceremony at the Hotel Kaminitz on Jaffa Road in their adopted city.

Notwithstanding the various mission-based hospitals in Jerusalem, health conditions in the city were appalling when Dr. Ticho arrived. Trachoma, also called granular conjunctivitis, an infectious disease spread by poor hygiene and especially prevalent among children, was causing many to become blind. Dr. Ticho’s life work was to eradicate the disease, just as Dr. Israel Kligler worked to eliminate malaria in Palestine.

Indicative of health care in the country at the time was a case of primary syphilis which Dr. Ticho encountered. An Arab woman sick with the venereal disease had licked the eye of a village youth thus spreading the spirochetes from her mouth to his eye.

Days of Ticho illuminates the little-remembered events of World War I in Palestine, including the locust plague of 1915 and the famine it caused. Dr. Ticho was drafted into the Ottoman medical corps, and deported to Damascus in 1918 as the Turkish, German and Austrian armies retreated before Gen. Edmund Allenby’s Egyptian Expeditionary Force.

The Tichos initially lived above their eye clinic in Musrara – today 48 Shivtei Israel Street. In 1924 they purchased the landmark Aga Rashid Mansion, which had once been the home of antiquities forger Wilhelm Moses Shapira. With the assistance of architect Fritz Kornberg – who designed the Hebrew University’s amphitheater on Mount Scopus, they renovated the lower storey into an eye clinic and made their home upstairs.

Here they hosted a grand salon where Jerusalem’s German-speaking intelligentsia came until Dr. Ticho’s death in 1960. And here Anna, who toiled as her husband’s assistant, worked on her landscapes of Jerusalem and the Judean Hills which ultimately made her more famous than Albert.

The Tichos never had children though Anna had repeated miscarriages. Today it is understood that her body rejected the growing fetuses because of the combination of the parents’ Rh-positive and Rh-negative blood. On November 12, 2021 someone stabbed Dr. Ticho in the back, nearly killing him. The attempted assassin was never found. Both Jews and Arabs blamed each other for the crime. The evening of the assassination attempt, Anna Ticho returned home after a long and draining day. Waiting for her in the garden outside their home was a young Arab mother who had come to offer her newborn baby to the childless couple. Anna Ticho declined the heartfelt offer.

She continued to live and work in the same house until her own death in 1980, and bequeathed the property to the Israel Museum which operates it today as Ticho House. Currently undergoing extensive renovations, the museum annex and café will reopen in June 2015.

Days of Ticho is filled with extraordinary historical tidbits. For example, an electricity blackout on Friday, May 14, 2022 prevented many Jerusalemites from learning of Israel’s declaration of independence before the Sabbath was ushered in that evening.

More disturbing is the coverage of the 1929 Hebron riots, the aftermath of which Dr. Ticho witnessed. The grisly dispute between the Jews, Arabs and British over whether the corpses showed signs of mutilation does not make for easy reading.

Dr. Ticho represents a zeitgeist long gone. The first ophthalmologist to settle permanently in Jerusalem, he witnessed the city’s transformation from an Ottoman backwater to the capital of the State of Israel. As David Reifler writes, “Like many of his contemporaries, Ticho’s citizenship changed with the times. He arrived as a subject of Austro-Hungarian Empire, and with the empire’s demise in 1918 became an expatriate of Czechoslovakia. Assigned medical license number 73, he worked productively for 30 years in Mandatory Palestine under the increasingly tenuous control of a declining British Empire. The dream of an independent Jewish state was not Dr. Ticho’s personal dream, but he became a loyal citizen of the State of Israel. Sentimental and ultimately unrealistic notions of a binational state of Jews and Arabs had to be set aside.” 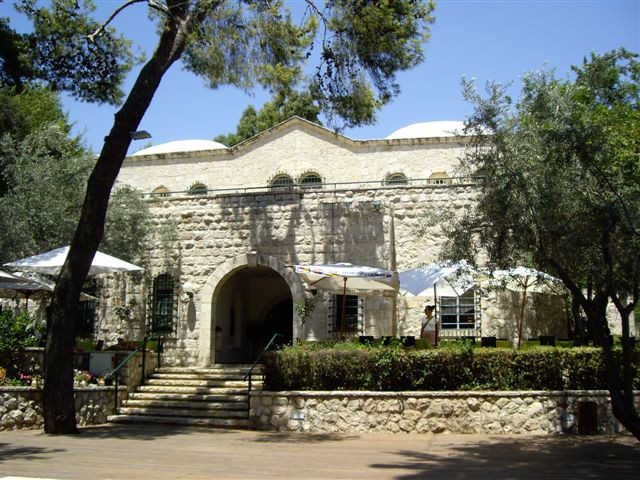